Photo by Ryan Leaar, Design by Amber Bjork
Two pre-teens are compelled to serve a modern monster; an eyeless watcher whose price for loyalty is blood. In the age of electronic loneliness, how far would you go for friendship? Stabby Stab Stab examines recent true-life happenings in nearby Waukesha, Wisconsin.​

A NOTE FROM THE PLAYWRIGHT

Stabby Stab Stab is based on a true event, “the Slender Man Stabbing”, that happened in 2014 in Waukesha, WI. One of my favorite parts of writing a play is the research process, and it's in the details that I find inspiration. I drilled down into the interviews with the girls, watched the recordings of the police interrogations after the event,  researched Bella's survival story, read transcripts of the girls' emails to each other, looked at Morgan’s art, and read snippets of her stories. It became clear that this story was about more than violent preteen crime. Stabby Stab Stab is about the horror of adolescence. It’s about loneliness. Isolation. Delusion and belief. Undiagnosed mental illness. It’s about young friendship, the kind you build your world around, the kind you feel you can’t live without.
And yes, it is also about Slenderman.

In this play, you will hear a blend of my words with quotes from Morgan Geyser and Anissa Weir. It was important to me to have truth in their voices. For example, Morgan wrote a short story about the Grim Reaper meeting the love of his life, a female murderess with rainforest green eyes. I didn’t have the full story; I read a quote about the Grim Reaper feeling “dizzy in the chest” after meeting the murderess. So I used that information as a prompt and wrote a story.

Many have tried to simplify this event by demonizing Anissa and Morgan. However, I find it much more powerful to embrace them for who they were, the good and the bad, and navigate their descent into darkness. Though I don't condone what they did, Anissa and Morgan were not evil. They were children. And that is the most horrific part..

In 2021, Anissa was conditionally released from prison. She is 20 years old. She could be sitting beside you.

HERE ARE SOME THINGS TO KNOW:
STABBY STAB STAB

AMBER BJORK - (Director, Projections, Design, The Winding Sheet Outfit)
Amber is the founding member of The Winding Sheet Outfit and a freelance director/actor in the Twin Cities.She has performed with and directed for: The Winding Sheet Outfit, Theatre Unbound, Theatre Pro Rata, Sandbox Theatre, Freshwater Theatre, and Tedious Brief Productions. As an actor, she's also been on stage with Transatlantic Love Affair, Savage Umbrella, Nimbus Theatre, Guthrie Theatre, and others. She served as artistic associate and company member of Theatre Pro Rata from 2009 to 2016. Amber was named one of the 2019 Artists of the Year by CityPages and is a 2018 Minnesota Theater Awards Honoree. Making art and helping others to present theirs is one of her passions, which is why being the artist liaison at Minnesota Fringe is her dream job. Thank you for supporting live theater!!!! Stabby Stab Stab is Amber's (and Winding Sheet's) fourth rodeo with TCHF: ...And What Alice Saw There (2019), When Your Love Sets You On Fire (2020), Blood Nocturne (2021).

KAYLA DVORAK FELD - ANISSA
Kayla is a performing artist in the Twin Cities and is as happy as a clam to be working with The Winding Sheet Outfit again. She has had the grand pleasure of working with other companies such as, Daleko Arts, Theatre Pro Rata, Aethem Theatre, Yellow Tree Theatre, among others. Kayla is also a co-founder of Crisis Actors of Minnesota which is a company that provides scenario-based de-escalation training. In Kayla's free time, you can find her hanging with her husband, Jonathan, and their two exceptionally stunning dogs or sleeping.

ANDRÉ JOHNSON, JR. - (Stage Management, Lighting, General Magic and Grand Assistance)
André Johnson Jr. is a theater maker in the twin cities working mainly in the area of stage management. In his seven years in the twin cities, André has worked on many new and devised works as well as countless classical works. The process of creating has always been exciting to him. Getting to see a project start from a simple idea and work its way into a beautiful and unique piece of art is why he continues to work on such things. Outside of theater André is always creating via writing, mask making, drawing, or creating strange costume and clothing pieces.

SAM LANDMAN - MUSICIAN / SLENDY
Sam’s written/performed a lot of lazy, egotistical, one-man junk as LandmanLand. You might’ve seen him in Special When Lit’s Twin Cities Horror Festival show, Incarnate. Or maybe you didn’t. He’s currently writing a memoir called “I’ve Gotta’ Walk Outta’ Here Alone,” which is mostly stories about growing up as an only child, being last chair in marching band, the first joke he ever wrote, his growing enemies list, a Paul Giamatti sex scene and potential epitaphs for his tombstone. He's also working on a They Might Be Giants jukebox musical. As you may (or may not) be able to tell, he's a decent, half-assed drummer. TCHF fun fact: he performed in the very first TCHF with Tim Uren in a creepy two-hander called Goddamned Son of a Bitch.​

DEREK LEE MILLER - MUSICIAN (Music Director)
Derek is an actor, writer, designer, builder, puppeteer and musician.  He has previously performed at the Twin Cities Horror Festival with The Winding Sheet Outfit in "Blood Nocturne" and "When Your Love Sets You on Fire", as well as "A Morbid History of Sons and Daughters" with The Vincent-Hovis Experience. He has also appeared with TWSO at the Minnesota Fringe in "You Are Cordially Invited to the Life and Death of Edward Lear" and "The Darger Project" (in addition to providing them varied and sundry sets, puppets, contraptions, illustrations and audio/video editing). Other past Fringe shows include Sandbox Theatre's "June of Arc" and "Marie-Jeanne Valet, Who Defeated La Bete du Gevaudan"; Transatlantic Love Affair's "Ballad of the Pale Fisherman", "Red Resurrected", "Ashland", "These Old Shoes" and "105 Proof"; Perpetual Motion Theatre Company's "The Depth of the Ocean"; and his own one-man shows "Know Your B-Movie Actors" and "The Banana Wars". Derek is also a founding ensemble member of Transatlantic Love Affair and the illustrator of the children's book, "The Princess in the Clouds". To see all of the things that Derek has gotten up to in the past, please visit derekleemiller.com.​

NISSA NORDLAND - MORGAN (Playwright, Blood Effects, Special When Lit)
Nissa Nordland is an actor, writer, producer and musician in the Twin Cities. She is a company member of Theatre Pro Rata; is the Artistic Director of Twin Cities Horror Festival; produces new original work as Special When Lit; is a member of the Playwright's Cabal and is an alum mainstage cast member/writer of the Brave New Workshop. She plays TinaCorn and is associate producer of the children's web series Noodle Pie Island. Awards: Winner of an Minnesota Fringe Artist Pick award for “Finger Lickin’ Good”; Winner of Atlanta Audio Fringe Critics’ Choice Award for Best Writing; “Possible Burger”, May 2022. Winner of the TC Arts Reader Critics' Choice Award for "Xena and Gabrielle Smash the Patriarchy", 2019. (Playwright/Actor). Winner of the Minnesota Fringe Theatre in the Round Venue Award for "Xena and Gabrielle Smash the Patriarchy", 2019. (Playwright/Actor). TCHF History: The Thermos Bottle (Ghoulish Delights, 2015), The Fae (Special When Lit, 2017), Home (Dangerous Productions, 2018), Incarnate (Special When Lit, 2019), …And What Alice Found There (The Winding Sheet Outfit, 2019), Anthology (Taj Ruler Presents, 2020), Noodle Pie Island: The Night the Lights Went Out (Noodle Pie Island, 2021).

THANK YOU FOR YOUR SUPPORT.
WE CONTINUE TO BE STRANGELY BEMUSED
BY YOUR PRESENCE, YOUR VOTES, AND YOUR FAVORABLE MENTIONS. 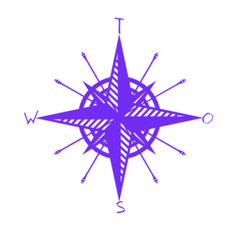