a pLAY WITH MUSIC FOR THE INFAMOUS LADY OF Čachtice.

​THE MIDNIGHT MASS OF THE DEAD: AN ÅRSGÅNG STORY

​Before the pandemic shut us all away, TWSO was working on our upcoming stage production, Årsgång: What You Follow Follows You.
​I​t's a story about being in the woods of Sweden a long, long time ago, and the supernatural forces that reside there this time of year.

This audio story gives you a little preview of some of those characters and the atmosphere surrounding them.

Lajla and her friend Ylvi visit some village friends on a dark Christmas Eve and learn about the Christmas mass held by and for the dead.
And they are a little too eager to learn more.
Featuring:
Kayla Dvorak Feld as Lajla
Boo Segersin as her friend, Ylvi
Kristina Fjellman as the young widow Agniss
and Derek Lee Miller as Pastor Aspel

Sound recording and mixing by Derek Lee Miller
Direction by Amber Bjork.
You can stream straight to your laptop, or find the series on Apple Podcasts, Stitcher, PocketCasts and more! Search for "Blight Christmas: A Holiday Horror Together."
Streaming Now
All forms of "witchcraft" were banned in Sweden until recently, as a blasphemous affront to the laws of Christianity. In the 1800s, you could even get arrested for "sitting out"--going out into nature to look at the moon and stars--because this was suspected to be a form of divination. Because of this, old pagan traditions were kept off the page, handed down only through whispers and songs, and spread thin over so many cold, rural regions.

Årsgång is one of these traditions. It is the Year Walk, the secret quest of those who wished to see visions for the coming year. In order to participate, a year walker had to keep their intentions secret, fortify themselves for danger, stay silent, and follow the rules:
During the time between winter solstice and the new year,
Keep yourself from the light of day.
Come out at midnight and walk to the woods.
Take the long way 'round toward the church.
You will encounter supernatural forces along the way.
They will not be benevolent.
They will be many.
When you reach the church, there is a ritual to be performed.
You will encounter the Grim.
If you survive, you will be rewarded with visions of the coming year.
Harvests. Famine. Joy. Failure. Weddings. Sorrows.
If you walk back home on the road that leads from the church,
You may see the funeral processions of all that will die in the coming year.
Possibly your own.
The Year Walk is a heavy undertaking.
Not to be embarked upon lightly.
It will be cold and quiet, and the moonlit snow will light your way.
You will walk out alone.
You will not be alone.
​BLOOD NOCTURNE
~
Emily Dussault: Erzsébet Báthory
Amber Bjork: Dorka/ensemble/director (bowed psaltry, percussion)
Kayla Dvorak Feld: Kata/victims/ensemble (french horn, percussion)
Derek Lee Miller: Ficzko/Thurzo/ensemble (balalaika, accordion)
Boo Segersin: Anna Darvolya/ensemble (percussion)
Joshua Swantz: Illona Jo/ensemble (flute, accordion, mellophone, percussion)
~
André Johnson, Jr (Stage Manager)
Emmet Kowler (Lighting Designer Minnesota Fringe)
Scott Pakudaitis (Marketing Photographer)
Kris Heding (Graphic Designer)
Alex Wohlhueter (Production Photographer) 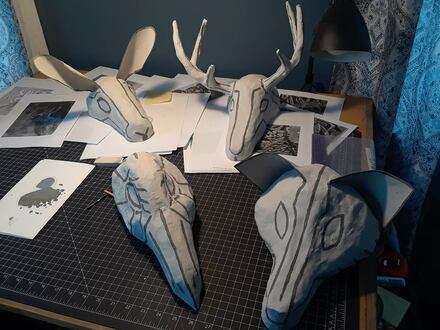 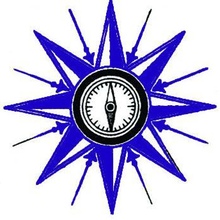